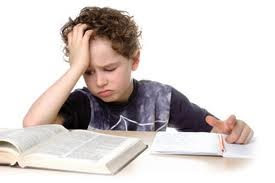 The first time I saw Michael he was entering my morning reading group. He was a sixth grader, a few months into the school year, and I didn't know him. In ten seconds' time after coming in the classroom door, he was an inch from my face yelling at me, and I was struggling to maintain my composure while turning to grab a discipline referral notice off my desk. Suddenly, two students I did know, and with whom I had worked really hard at developing relationships, jumped to my defense and threatened to give Michael a beating if I gave the word. I didn't.
This reading group was part of our whole school literacy program. We rotated sixth graders around in small groups every three weeks during the first thirty minutes of the day. I was focusing my instruction on reader's theatre and short plays; I had hoped to engage my students in some fun activities while slipping in reading strategies at the same time.

Being able to teach in a way that was a little different from my run-of-the-mill remedial reading curriculum was exciting. Greeting a new group of kids that included some I didn't know was challenging. Occasionally there would be an issue as a result of not having had that first-week-of-school-get-to-know-you time. And this, of course, was part of the problem with Michael.

To be honest, I don't remember why he got mouthy with me from the beginning of that class. Most likely I told him to sit down in a way that rubbed him wrong, and it was clear that he didn't want to be in that classroom anyway. Later, I would understand more: Michael was a sixth grader who read on a first grade level.

For years as a middle school teacher I have listened to my colleagues lament over "what those elementary teachers are sending us." I've also been at the receiving end of high school teachers' "concerns" about the students I've sent them. The problem is clear: there are middle school students who can't read on grade level, which is a problem itself, but because of that deficiency, they're angry. That anger displays itself in a myriad of ways. Students may lash out, like Michael did when entering my reading classroom, or they may shut down and refuse to participate in activities or do classwork and homework.

I did eventually develop a strong relationship with Michael, beginning on the very day he lost his temper with me. We had one of those heart-to-heart talks that caring teachers initiate, and then I used all of my reading assessment tools to determine what exactly was going on. As a reading specialist, I know that middle school children are usually deficient in one (or more) of three areas when they struggle in reading:

- They are unable to recognize words immediately (in a fraction of a second as my graduate professor explained) and depend on "sounding out" which is time consuming and laborious for middle school texts. They can't, for example, look at the word "interesting" and know what it is. They revert back to first grade phonics lessons and stretch the word out - "in-ter-est-ing."
-They recognize the words but don't have enough prior knowledge or content knowledge to understand what they mean. The example I use most often is "prairie." I've had hundreds of students who can tell me the word in a second but who have no clue what a prairie actually is. Because they live in the Southeastern United States, they've never seen a prairie and, unfortunately, these treeless tracts of land aren't commonly used as settings for popular teen television shows or videos. (And they've never found the joy I found as a child in my church's library while reading all the Little House books.)
-They struggle with activities that involve processing the print - like paying attention to the text, visualizing what they're reading, and using an "inner voice" to actually "hear" what they're reading.
Last year, when Michael was in eighth grade, I assessed him again. This time he scored almost at grade level on language comprehension (he knew what the words meant) and print processing. But he recognized words only up to a third grade level. Luckily, I was asking him to read short passages that didn't wear him down as he tried to decipher the text. But we both knew that what he would be required to read in high school would be too difficult, that he would continue to struggle as he had all along.

I gave him some tips for practicing his word recognition skills, including internet word games and flash cards, but he told me that he didn't need high school anyway. His father, he said, had taught him to be a master mechanic. He would be able to make all the money he needed one day, working with a skill he already possessed, one that didn't require a high school diploma. I talked to him about other benefits to continuing in school, the life skills he would learn along the way, the fun he would have participating in the social events that go along with high school.

"It'll be the time of your life," I told him, realizing all along that maybe it was the time of my life. I didn't struggle to read.

Yesterday, while driving in our school's community, I got behind a school bus. I slowed at the flashing lights and familiar arm as it stretched across the road. As I came to a stop, I recognized one former student after another hopping off those bus steps onto the grass and it hit me: this is a high school bus!

One by one, they walked by my car and waved at me. And then...the last one...with an ear-to-ear grin...Michael.

I waved excitedly (I wanted to jump out and hug him), and as I continued down the street I kept repeating one thought in my head:

That bus came from the high school. That means Michael's still there. And he's smiling.

Maybe he'll graduate one day after all. I can only hope.

That's awesome. I teach in an alternative school and see heartbreaking stories everyday. I didn't know a heart could break that much. I'm a first year teacher and retired Army veteran and seen/done a lot. But I also get to see success measured in simple things like mutual respect and students deciding that they can learn after all! I didn't think I could or would like teaching at such a place. Now I can't imagine teaching anywhere else. Actually, I think I have the easy job! I know I've been called to teach here and I'm so glad I answered that call. I look forward to learning more and more on how to help these kids. I pray I never grow weary of them.

Cindi--What a heartwarming story. That is what teachers think of as "perks."

I'll keep my fingers crossed for Michael, and for all the Michaels that are out there...